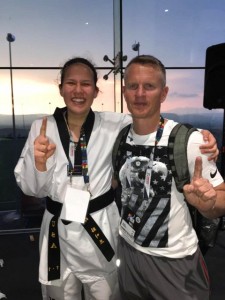 Seven T-1 athletes competed in Mexico from June 8-12 at the Pan American Senior Kyorugi & Poomsae Championships G4 and the 2016 Pan Am International Open G2. Ara White and Shelby Bourgeois had qualified to compete in the elite G4 tournament for their first experiences at that level — Ara as a National Team Member for the United States and Shelby as a wild card through the Pan Am University Games. Neither placed in the G4, but they returned to compete in the G2 later in the week. Here, Ara White scored her first gold in a major international tournament, in her first year as a full senior-level competitor.

Also in the G2 tournament at the senior level, Sierra Carroll scored a bronze medal, while Shelby Bourgeois and Melissa Joseph both reached the quarter finals. At the junior level (ages 15-17), Aiko Coloso also won a gold medal, and Belle Hrunka reached the quarter finals. Sierra, at age 17, was eligible to compete in juniors as well — where she won a gold medal! And last but definitely not least, cadet Anastasija Zolotic rounded out the team’s medals with a fourth gold. Altogether, outstanding results! 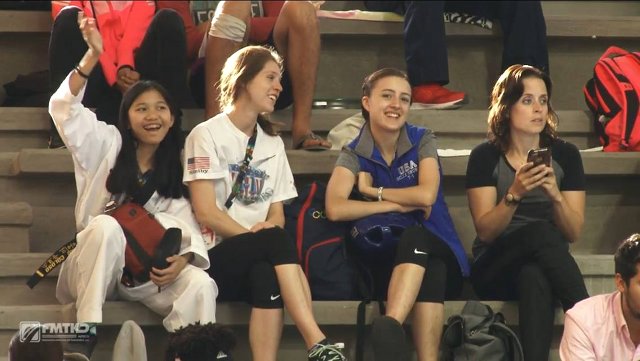